Venus was often referred to as the “Morning Star” by ancient civilizations (and as the “Evening Star” as well). On this day, it was indeed the morning star, rising just moments before astronomical twilight began. This allowed us a very brief window of time, a few moments really, to make a balanced exposure including the Milky Way galaxy and a sky full of stars, the planet Venus, the onset of dawn’s blue sky, and a softly lit Arch Rock. Just a few minutes later and the impending dawn became bright enough to make the Milky Way unseeable This image required no compositing or local adjustments, just global contrast, shadow recovery and white balance. I managed to make a huge 180-degree panorama of this same scene just two days later, but an alignment such as this allowing me to compose Venus under the arch, with the Milky Way just above, right at the transition of astronomical twilight (with its accompanying deep blue sky) will not reoccur for quite some time and I will probably never have another opportunity to see it. Cheers, and thanks for looking. 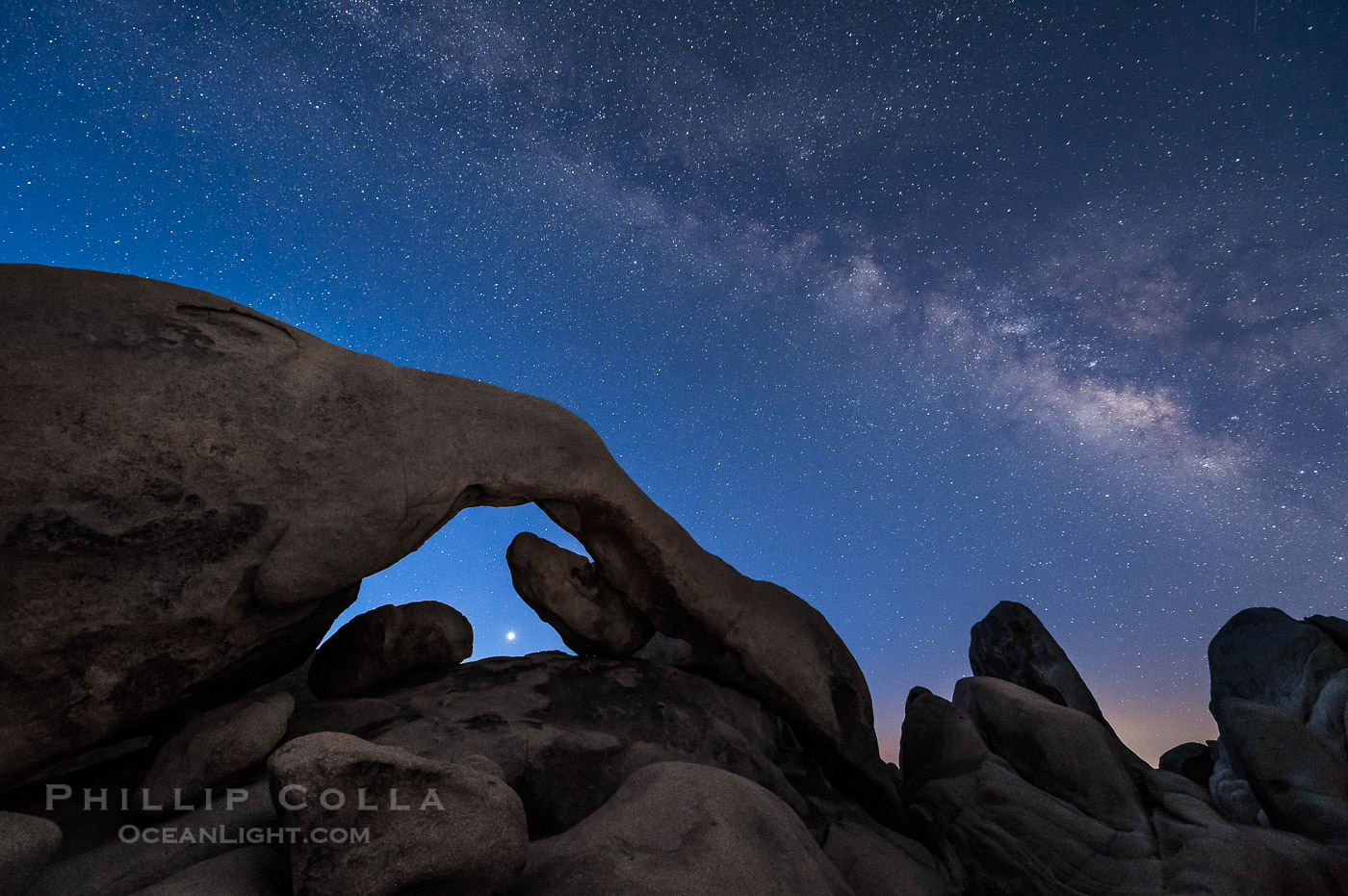